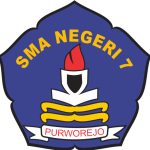 Headed to KLIA, we flew from Jogjakarta around 11.a.m and took about two hours and thirty minutes of flight. Arriving in Kuala Lumpur International Airport, right in front of the exit gate, MCKK’s students had waited for us and warm welcomed us. For the rest of the day, we stayed in the Sri Langit Hotel while the other participating countries’s delegateswere arriving.

On Monday, 24th May, we headed towards Kuala Kangsar around 9.a.m by bus which took 4 hours driving. Not to waste any time, we took a lunch and had a short briefing at the auditorium, informed about the schedules and liaison officer for each country. Before unpacking our belongings and had a rest on our dorm, we had to do the registration. They gave us a bag filled with t-shirt, books about MCKK and MCYDS, notebook, and ID card. On the evening, we had a games hour. All the participants were divided into six groups according to the colour on the ID card we got. There were four games that we played, dodgeballs, hit the can, futsal, and running in a sack. It is not like the ordinary futsal that you used to play, there were some twists. All of the players should wear sarong, to make the games less agile especially for boys, and only girls can score.

After filling our stomaches, we went to the Auditorium Tun Abdul Razak to had an Ice-Breaking session. We got to know more about another participants here. At first, we introduced ourselves by forming 2 circles and spinning in different directions followed by the music. Later, the liaison officer gave us a balloon, then we blew and wrote our name on it. After that, the balloons were gathered at one spot. Then, we had to find our name without bursting the other balloon. The one who could not find their balloon were given punishments. From singing until catwalking. The next game was, our mouth was taped with a masking tape, then we had to hum a song based on the title written on the paper that we got. So, we had to find our friends and make a group with the same song. We had lots of fun a that night!

The next day, the opening ceremony is opened by the speech of the chairman, Mr. Mohamad Syafiq bin Faizal Rahimi, followed by Ms. Azizah binti Abu Bakar, and the last but not least Mr. Ramon Messam, The National Programme Implementation of LeapEd sevices. Continued by a dance from SK Convent Taiping and songs ‘Lagenda’ and ‘Lagenda Gunung Ledang’ by MCKK’s orchestra, the Malay College White Knights.

After the opening ceremony, the dialog session started with Dr. Hanafiah Bin Yussof entitled ‘Introduction To Robots: Robotics and Automation’. In shorts, robots are created with the intent of doing difficult and dangerous tasks. The second dialog session, Dr. Mohd Fadzil Bin Hassan explain about fuzzy logic and how ICT, Information and Communication Technology, affects life in general. For the rest of the day, we practiced for cultural performance and prepping for the conference the next day.

On Tuesday, all of the participants had workshops. Workshop 1, the delegates were divided into 15 groups consisting of 5 members and given a hands-on experience on Arduino guided by Sintok Robo. At the end of the workshop 1, the delegates were able to identify each electrical component and state its function in an electrical circuit.For the workshop 2, each teams had to took their robotic knowledge they had gained on the workshop 1 earlier to build a prototype contraption that can be used in our daily life within 1 hour guided by Mr. Lim Yuet Yung from Sintok Robo. Each teams came up with novel ideas. From smart house to a race starter.

After the lunch, the main session of the event was held, the Conference. Each school’s representative had to present their robotic project in front of the participants, committee, and MCKK’s students on the auditorium. Each school was allowed only 5 minutes of presentation time and Question and Answer session for 3 minutes at the end of each presentation. This year, our school presented a robot that we had built called ‘The Fire Fighter’ which is a prototype contraption of a fire extinguisher. There were also an Alarm Robot by Kolej Tunku Kurshiah, Studying Buddy by MAN Cipasung, Multidrone by Tun Fatimah, Eldercare Robot by School of Science and Technology Singapore, and so on. The rest of the day we spent on rehearsaling for cultural performance and preparing for Project Exhibition. Early on Wednesday morning Auditorium Tun Abdul Razak filled with bustles as participants began final touching their booth for the exhibition. We could hear mechanical whizzes and beeps filling the room. Not only showcasing the robot, but also culture to promote their country. The exhibition started at half past eight as the form five of MCKK arrived. The exhibition also opened for another school and medias.The exhibition finished at the lunch hour.

Around 3.p.m all participants were ready for the closing ceremony,which made sadness dwelt in our hearts. Started with the speech by the chairman, Mr. Mohamad Syafiq bin Faizal Rahimi, followed by the principal, Mr. Anand bin Baharudin, and finally Dr. Hajah Rosnan Binti Selamat as the guest of honour. Continued by cultural performances from each country. Delegates from Indonesia presented a medley song, Indonesia Pusaka and Gundul Gundul Pacul to a fusion of Indonesia tradisional music and electro music with a little touch of traditional dance. The closing ceremony officially ended after amazing video presentation about the summit was played. At night, we were brought to Heritage Hotel in Ipoh to had a farewell dinner. Farewell is always sad, is not it? We had lots of fun without realizing time had flown by.

On Thursday at 9.30a.m we left MCKK for Kuala Lumpur for a city tour. We drove by at the Art Market to bought souvenirs then continued visiting KLCC and we took a picture with the well-known towers in Malaysia, Twin Towers.

On Friday morning, we flew back to our beloved mother land, Indonesia, at 09.45a.m. What a great experiences we had gained during the summit. The program brought lots of benefits for us since the very first day. It opens minds, new relations, new knowledges, learning cultures, and ofcourse we got to know more about robots! (Annisa Dwi Shella)

There has been a problem with your Instagram Feed.